Toni Storm is one of the hottest new generation female wrestling stars. She has been making a name for herself since April 2015 when she became the very first PROGRESS Women’s Champion. In 2018 winning the Mae Young Classic and 2019 winning the NXT UK Women’s Championship by defeating Rhea Ripley at NXT TakeOver: BlackPool. Toni Storm debuted on the main roster on the July 23rd 2021 episode of SmackDown defeating Zelina Vega in her first match.

In 2021 Toni Storm was released by WWE after requesting her release due to creative differences as Toni Storm felt she wasn’t making progress on the main roster. Now in 2022 Toni Storm finds herself looking for a new home and one promotion in particular is offering her a lucrative deal.

AEW has had meetings discussing Toni Storm becoming “ALL ELITE” and AEW officials are “feverish” to get Toni Storm to sign a AEW deal and officials are ready to make her a lucrative deal in 2022.

There is also a strong push from AEW Women’s Champion Britt Baker D.M.D. to sign Storm as soon as possible as the two stars are real life close friends and Britt Baker wants to build up the AEW Women’s division as the best women’s pro wrestling in the world.

As AEW climbs the ratings charts and crowds grow larger AEW is becoming a desired company for many unsigned pro wrestlers more and more. Stay tuned to Slice Wrestling for the latest updates. 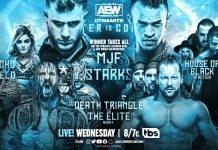 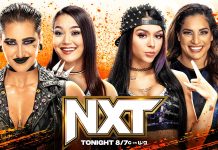 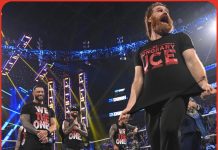 Now That WrestleMania 38 Is In The Books Slice Wrestling Takes A Look At...

Report: Eva Marie Set For WWE Return In Time For WrestleMania 37 Season In...